Skip to content
Menu
Nevada Stupak shares his top 5 list of Pool Clubs in Las Vegas. Nevada is the son of the legendary Bob Stupak, the visionary behind the iconic Stratosphere. The Stupak family has been named one of the original Vegas Families.

Nevada is ranking these pools based on the talent of the performers and the amenities that each club offers its guests. In addition, Nevada is also factoring in gross revenue of each venue.

If it’s space and luxury you’re after, then you’ll most certainly feel at home at Encore Beach Club. At 60,000-square-feet, there’s a little bit of land for everyone to claim.

EBC is the world’s greatest pool party, full stop. Construction costs in 2010 were $67 million, showing you the commitment to creating the best dayclub experience in the world.

It’s been #1 since the day it opened. Just like his resorts, Mr. Wynn built this beach club with an eye on catering to the world’s top 5%. It is the only venue in Vegas that houses its own private bathroom in each of its bungalows.

The Encore Beach Club was created by one of the best hotel developers and guest experience designers of all time, Steve Wynn. His standard is to cater to the five-percenters.

There’s no doubt that this venue lives up to his unmatched sense of space and style. The venues are built with capacity in mind, large enough to host the best talent and throw the biggest parties.

The overall resort feels symmetrically correct, and each venue provides you the comfort as if you’re at home.

Something about the Wet Republic has partygoers taking advantage of that “Las Vegas is an adult playground” sentiment.

It doesn’t matter which DJs are on deck or which pro-athletes are in the house, the water in that saltwater pool is going to be splashing. Cocktail servers are going to deliver drinks on tigers and in mini cars. Guests are going to be screaming, “yeah,” in their best Lil Jon accents. Chaos is going to ensue.

That’s what 10-plus years as one of the go-to dayclubs on the Strip gets you.

Home to the world’s #1 DJ for six years in a row, Calvin Harris, the place has to be great. With the addition of six bungalows with private swimming pools, they continue to improve their product. Also home to the Hot 100 Bikini Contest, they throw amazing pool parties and there’s always an attractive crowd. The Wet Republic is a solid #2 in the Las Vegas pool scene.

KAOS is the newest pool party on the Las Vegas scene. KAOS is located at the Palms Casino and is a 73,000-square-foot dayclub. The Palms now can claim they have the highest number of pools out of any resort in North America.

Partiers walk into the venue passing by Damien Hirst’s 23-foot tall sculpture The Warrior and the Bear to find two main pools, numerous side pools, and 39 cabanas, most with their own private pool. Here is a video of Nevada giving you a sneak peek into the club days before opening:

As a newcomer to the pool party scene, we can’t make it #1 just yet. Still, this place was created to be the best in town. The art at the Palms is incredible, featuring statues by Dustin Yellin at the Apex Lounge and now a 60-foot behemoth by Damien Hirst in the middle of KAOS. This all-bronze statue stands as a testament to the Palms’ commitment to investing as much as it takes to make their venues the place to be once again.

The Features at the venue are incredible. Most of the upper cabanas have their own private pools, serving as an emphasis to this high-end party atmosphere. They also have an owner’s bungalow with a very large upstairs and downstairs private room and incredible art in the bungalow. They also have a large air-conditioned indoor area that looks over the pool. From a uniqueness standpoint, they are very high on the list. I put them in at #3.

Expectations are high when you’re in the center of arguably the hippest casino and hotel in the city. The Tao Group property is constantly reinventing the wheel and living up to the hype.

Marquee Las Vegas, by way of Manhattan, doesn’t shy away from the pressures of hosting the discerning crowd that the property attracts. In fact, it revels in it. Since its over-the-top grand opening—hello, Rihanna, Diddy and Beyonce—the grandiose parties haven’t slowed down.

A marching band and fireworks to celebrate King James fresh off a Cavs NBA championship win—check. A Jay-Z hosted post-Floyd Mayweather and Manny Pacquiao fight with tables going for $50,000—check. A climate-controlled dome for occasional nighttime (and daytime for the dayclub) pool parties in the cooler months—and, check! This is one of the hottest clubs in town.

What was once home to the #1 pool party in Las Vegas—Kaskade Saturdays (when he was at his peak)—this place can be as fun as it gets. Located at the Cosmopolitan hotel, which still trends at the highest daily rate of any hotel in Vegas and located center Strip, this venue knows how to throw a party. Unlike the other venues that compete to see who can attract the biggest DJs, Marquee Dayclub built their venue with the intention of competing on fun and interaction between guests.

Perhaps the best value-driven dayclub in Las Vegas, Daylight lets you party like a VIP for a fraction of the price that it would cost at other hotels.

When Daylight Beach Club rolled onto the scene in 2013, it was a game changer. They built out a concert-worthy stage with enough space in front to actually make it feel like you were at a show, maybe even a music festival.

With it came an LED screen and visuals to match. Every day there on out became an event, and all these years later it’s still a sight to behold. You can dance to the likes of Duke Dumont and Rick Ross.

Or, you can escape to one of its many pools or cabanas. There are even two private ultra-VIP bungalows if you must.

Good pool party. They have a great Thursday night pool party two private bungalows with pools. A pretty fun place which brings it in at #5. They have an excellent management team and their employees are well-trained. I highly recommend it, especially on Thursdays and Saturdays.

Tao Beach offers private cabanas to the majority of its patrons, but if you’re looking to be the center of attention, the stage cabanas put you in the focal point of the party. This is a great adult pool for more intimate and private parties.

On Fridays, Saturdays and Sundays, The NoMad Pool will transform into JEMAA – The NoMad Pool Party. A seductive and energetic daytime experience, JEMAA will feature the cocktail explosions the NoMad Bar is renowned for, tableside service, a roster of DJs and artists delivering nuanced music programming — including a tropical house vibe on Sundays — and even a cocktail fountain that can be delivered to the cabana for guests who really want to step up the action. 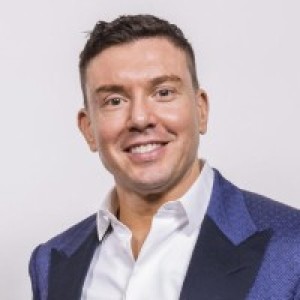 The Stupak name has been synonymous with Vegas for over 40 years, being one of the first 100 families that built Las Vegas into what it is today as published by the largest circulating daily newspaper in Nevada, the Las Vegas Review Journal. Hospitality is in our blood. You can count on us to make your trip to Las Vegas a fun, memorable, and hassle-free experience.

The Stupak name has been synonymous with Vegas for over 40 years, being one of the first 100 families that built Las Vegas into what it is today as published by the largest circulating daily newspaper in Nevada, the Las Vegas Review Journal. Hospitality is in our blood. You can count on us to make your trip to Las Vegas a fun, memorable, and hassle-free experience.

Ready to start planning your trip?

We want to ensure that your Las Vegas experience is simple and hassle-free. Let us help organize, staff, negotiate, and manage your itinerary so you can focus on having fun and being in the moment.
Start Planning
Please update your records with our new phone number: (866) VIP-LVNV